Modeling and basic rigging of a Clay Fighter-style character

In this tutorial, we are going to elaborate two characters in a scene very similar to that of Clay Fighter, a game that had its origins in Super Nintendo, in the early 90’s. Acclaimed by many, detested by others but remembered by all; a game that we remember today with this scene inspired by him, facing a sugar man (Sugar Qbe) and a kind of jelly man (Gelaton). To carry it out, we will discuss the concepts of basic 3D modelling and rigging or, what is the same, build a manipulable skeleton to pose and animate objects.

We start with a new scene in Blender, which by default brings a cube at the point of origin of the scene. Let’s take advantage of this cube to model our Sugar Qbe character.

restrict the movement to the vertical axis, then press the Shift + D keys to duplicate the object and move the new one cube to the height of the upper vertices. If you have auto-snap enabled ( Shift + Tab ), the object will automatically move to the vertices, if you have the vertex adjust mode selected (see image below).

We repeat this process until we have the desired final figure:

This is the model seen in mesh mode (Z key). To select and deselect everything, press the A key.

We will create the armor, skeleton or rig of the character to be able to pose it later.

To create an armor, we must:

Let’s start by adding a bone to the scene, pressing the Shift + A keys, to reveal the add objects menu, then choose Skeleton > Individual bone

With the bone selected, you can enter edit mode ( Tab key ), and, by selecting the top node, press the E key to extrude a descending bone. In this way we create the complete skeleton:

In this image we can see the almost complete skeleton. A good principle to make a humanoid skeleton is, for the arms and legs, to position them orthogonally; the arms perpendicular to the torso, and the legs aligned with the trunk.

To associate a bone with an object, we follow the following steps:

We can see the steps 2 to 4 in the following image:

If we activate the “X-ray” option on the skeleton panel, we can see the bones even when we are out of the mesh mode ( Z key ).

Finally, we will establish the current pose as the pose at rest, that is, an initial pose to which we can return after having posed the skeleton in another way. It is especially useful in animation.

With the skeleton selected, press Ctrl + A and choose “Apply pose as resting pose”.

Now we can start posing our character

As you progress, you can save the poses you like in the Pose Library.

To restore a pose, simply click on the magnifying glass icon. You must be in Perched mode to restore these poses.

It is also a good idea to rename the bones to maintain an organization that saves time.

To conclude, I developed the character of Gelaton and made the stage in Photoshop to complete the fight scene. The second character did not need a skeleton, just a lattice on which I made the deformations. This process will be covered in more detail in another tutorial. 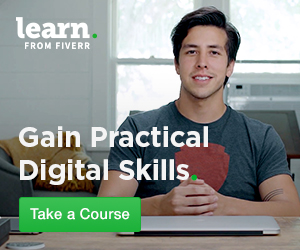 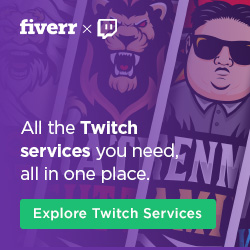 PrevPreviousHow to create pixelated graphics for video games
NextHow to create a low poly car in 3D: modeling and texturing (Part 1)Next

How we estimate the market pricing

In general, we take the average salary in the UK (from sources like PayScale) of a professional who has the set of skills necessary to perform a service and we deduce the average hourly rate. For every service involved, we multiply this by the number of hours each service took to complete and calculate the total cost.

What our pricing shows

Even though we try to consistently offer the best price, the cost for each project is unique and based on the needs of each client.
Different factors affect the cost, like the demand for that service or our workload. Like most of our competitors, we charge enough to cover decent working conditions, but our efficiency and flexibility allow us to make our services more affordable for our customers.

We are confident that our pricing is more competitive than the average, but if you find a better price, simply show it to us and we’ll do our best to match it. In any case, we strive to provide more value than you are charged, and if you are not convinced by the quality of our work, we offer a full money-back guarantee for any of our services* in the first 14 days.

*Please note that refunds do not apply to payments made to third parties.